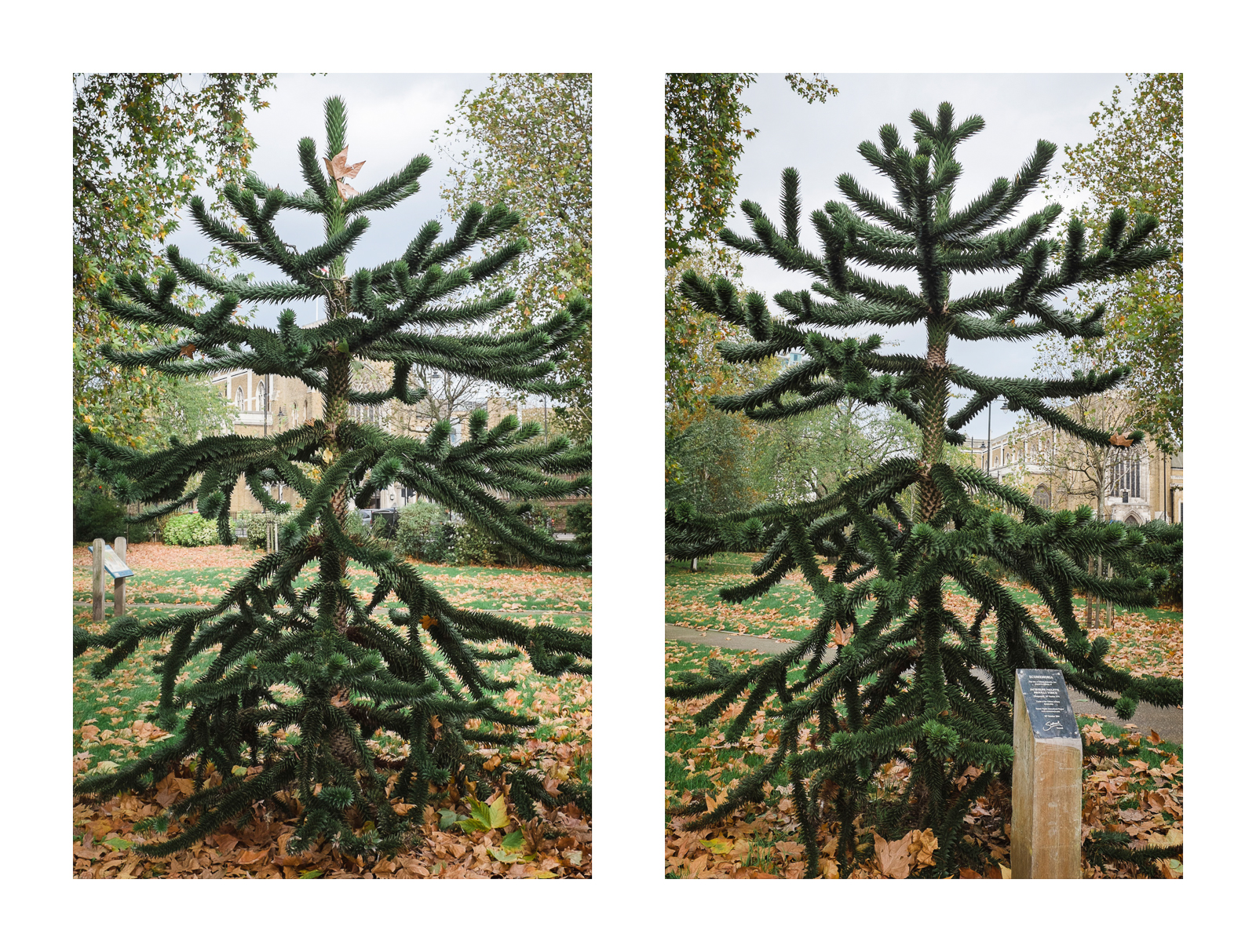 If you walk into Geraldine Mary Harmsworth Park in Southwark through the eastern entrance you will see on your right two araucaria araucana or ‘monkey puzzle’ trees.

The trees were planted in 2004 to commemorate Jacqueline Drouilly Yurich and her husband Marcelo Salinas Eytel, a young Chilean couple forcibly ‘disappeared’ in 1974 under Pinochet’s dictatorship.

Here’s their story alongside some poems and songs.
http://www.memoriaviva.com/English/victims/drouilly.html